When Kane arrived at Oak Tree with 3 other cats, he was in a bad way. They had been kept in a small kitchen and had been fighting with each other over food, resources and space. Kane had unfortunately come off worse in fights and was covered in scars, including on his eye, and was suffering from chronic infections in his eyes and mouth. He was riddled with fleas and ear mites and his fur was matted together with flea dirt. 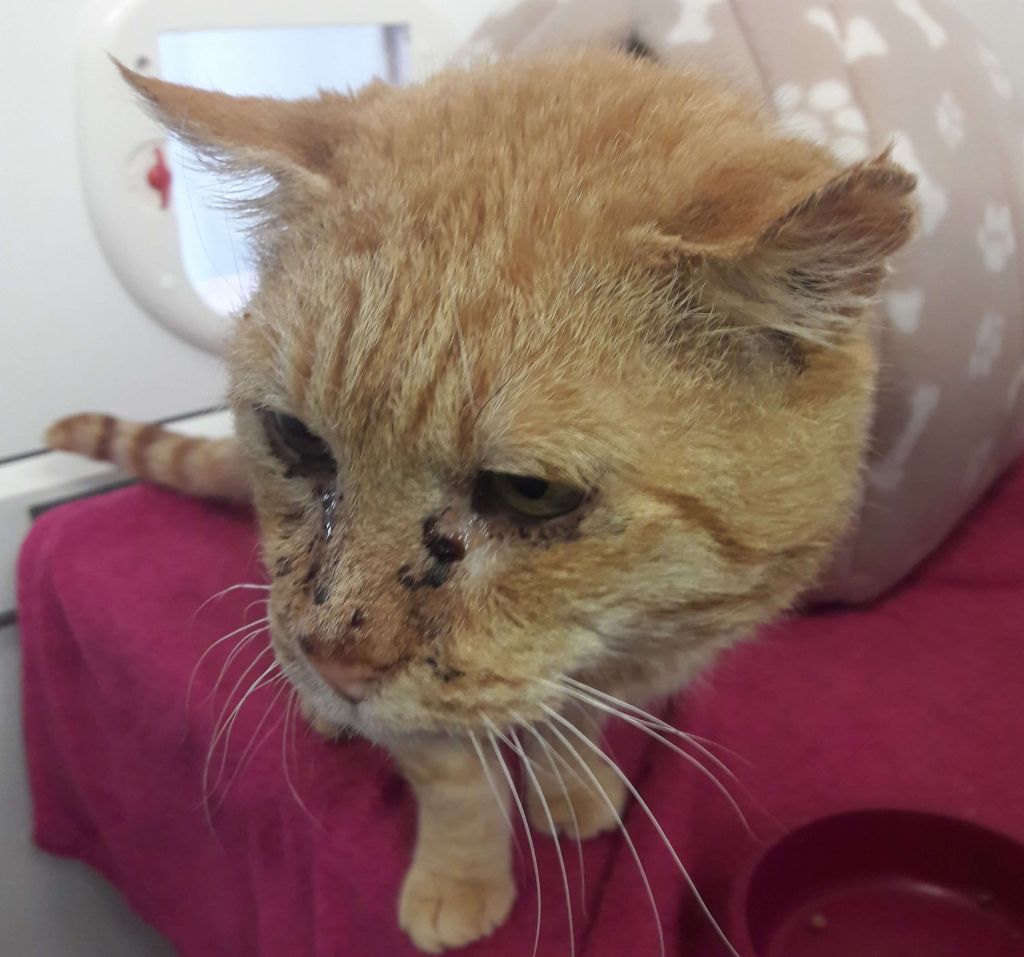 In his vet exam, he had a blood test where it was found he had pancreatitis and by looking at his mouth the team found that he had severe dental disease. When he had his dental appointment, one tooth was so rotten that when it was extracted it left a hole into his nasal passage!

However, Kane took everything in his stride and was friendly, loving and always ready for a cuddle with the team, with the loudest purr the team had ever heard. He has recovered well from his ordeal and is now looking for a loving new home where he can get all the attention and love he deserves. 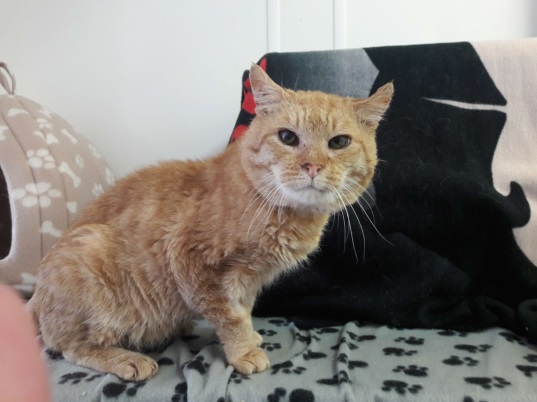 Gina Antonacci, Small Animal Team Leader, explains “Kane is a huge personality, who has been through so much in his 12 years. We were so pleased to be able to provide the care he needed to get back on his paws and are confident that he will find a wonderful new home where he can have a sofa to himself and a sunny spot in the garden to enjoy.”

She continued “Although, with the current movement restrictions in place due to Coronavirus, we are unable to rehome animals at this time, we would ask anyone who may be able to offer Kane a loving home in the future to keep an eye on our website and Facebook page and to get in touch when current restrictions are lifted. Kane loves a fuss and will be a fantastic family pet.”