We wanted to share this wonderful message from Ben's family, a year on from when he was rehomed from Oak Tree:

Well, 31st August 2017 Ben came to live with us. I look back at that very nervous and shy boy. When we left Oak Tree that day after finally getting him in the car we took him down to the river at Dalston. He wouldn’t even go across the white bridge. So sad that a dog should be so frightened of let's say just life. We met an elderly man there and we were telling him about Ben. I remember him saying “I would like to see that dog in a year, things will be very different”. 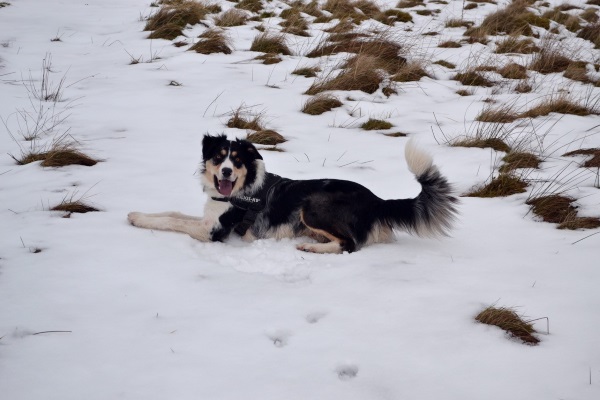 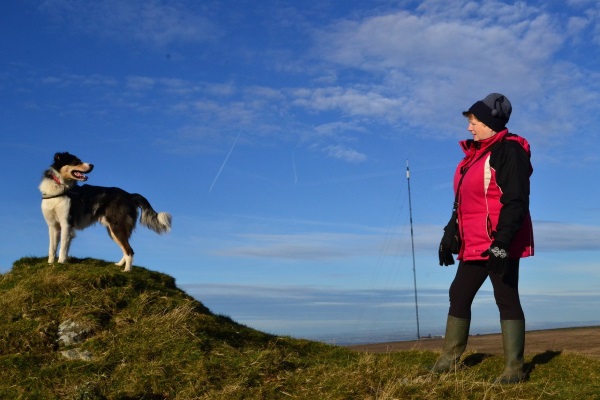 Ben had a bed in the living room as his safe place and even going across the other side of the room was a no-go area for him but bit by bit he edged out and started to gain trust that away from the bed was safe. Now there is no place in the house that is out of bounds. He couldn’t eat unless we were out of the room but now I can be doing things in the kitchen and he will be eating his food. He has a bed in our bedroom. I know lots of people would not like this but it helped him to settle. Now we often joke and say “Ben is in his bedroom” because 9 out of 10 times when you are looking for him, that is where he will be - in his bedroom!! He still finds it hard to play but sometimes I look out of the window and see him in the garden playing with a ball. He sort of throws it then chases after it. He finds this hard to do if we throw it and will run off. He loves his walks and is so happy when out. He is very lucky here with the fields and rivers. He has his dog friends around and his best mate down in the village. They just run and play and go in the river together. This is heaven for him. No more lunging at cars. Once in a safe place he loves to run around and his recall is really good now. He still gets nervous if we go to a new place but we work with it. He has learnt to sit, lie down and give a paw which didn’t take him long to learn at all.

That man was right, a year on and Ben is no longer frightened of that white bridge and life (well most of it). Ben now willingly gets in the car. He has had two holidays, one where he had to travel on several ferries. His personality has blossomed. He wakes up happy every day. He has a cheeky personality and tends to grin at you if he does something wrong which isn’t often but he does like shoes!!!! We have had to search for a few slippers sort of buried in the garden!! 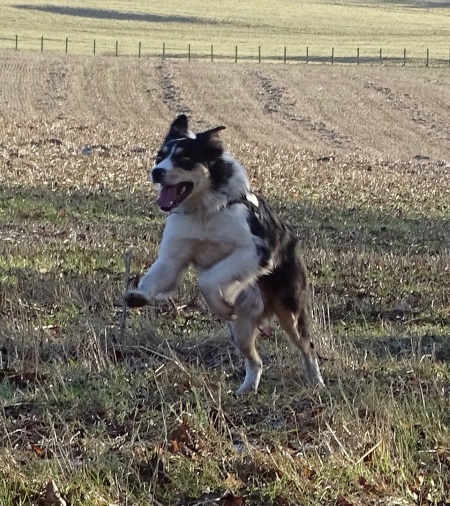 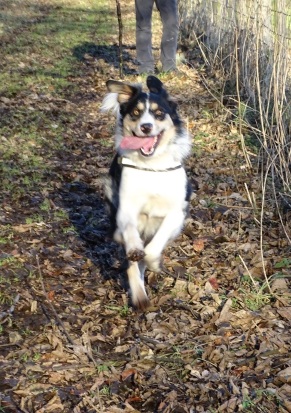 Ben is a gentle and loving boy who gives as much as he takes. He still is frightened if there are too many people and children but hopefully, in time, he will accept that they won’t hurt him. Until that day we will just work with him so that he feels safe. Life would seem very strange without him. It is a wonderful thing to know that we helped him and have given him a proper loving home. 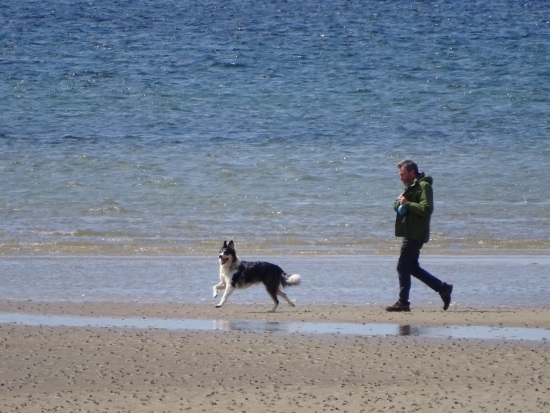 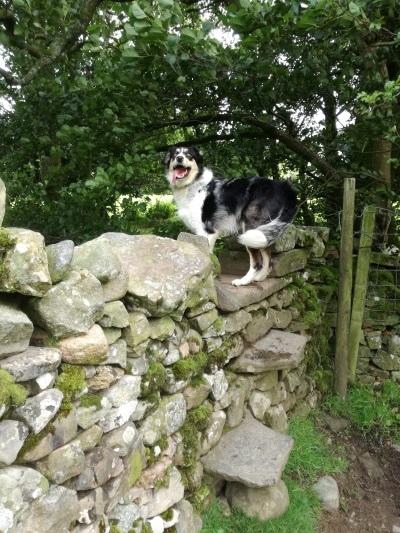