MENU
» About» Latest News» Frankie Thriving in his Forever Home!

Frankie Thriving in his Forever Home!

Frankie, a stunning Ragdoll X cat, arrived at Oak Tree with a skin allergy which caused him to over groom. Frankie (who is almost three years old now) was seen by specialists who helped to identify his problem and it transpired that his condition could be largely controlled through his diet.

We recently received this brilliant update from Frankie's family, and what progress this handsome individual has made in only a few months. The stunning Frankie was resident at Oak Tree for a year. Read more to find out all about his journey since finding his forever home! 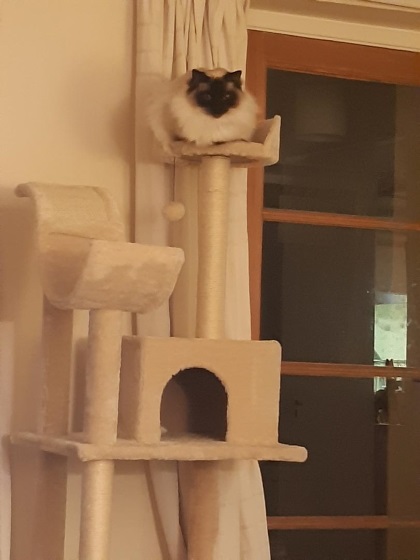 Frankie's now been with us for nearly 8 months. In a nutshell he's ace!

It has been really interesting to see how he's changed over the months in becoming a 'house and family' cat, learning things he never had to do before such as pushing open doors which are slightly ajar (though he still struggles with that one!).

There was this moment when he realised that this was his home and not just another place he was staying and this happened after he'd been in a cattery for a couple of weeks whilst we were on holiday (I was fretting the whole time). We brought him home and he quickly ran out of the room and hid. In the office (which is where he spends most of his day with me) I have a bowl of water for him so I went into change the water and he followed me in. I put the water down and there was this sudden physical reaction from him that looked like he realised that this was familiar and he looked at me and just flopped on floor purring the loudest I'd ever heard him purr.

From that point in time, he has come on leaps and bounds - he's really energetic (that doesn't seem the case in the photos but he's hard to photograph when he's playing), loves cuddles (quite demanding when you stop) and he's really chilled and laid back too. He lets me know when he wants my attention by sitting on my desk obscuring the screen and he has been known to turn off the computer by stamping all over the keyboard! 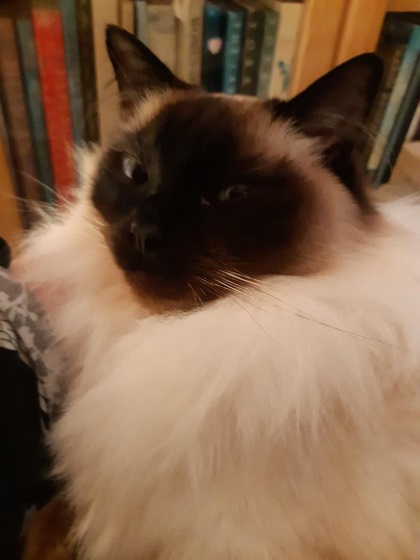 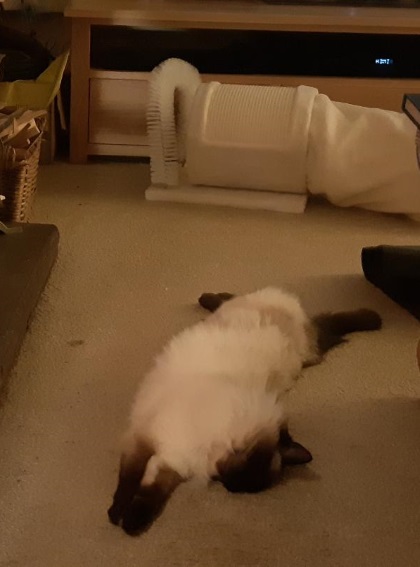 I teach online and have often taught one handed as he's sat in my arms fast asleep having demanded some TLC, the kids have also heard him as he has tried to chew my microphone on occasions!

We have had just one incident which required vet treatment and that was during the summer when the pollen count was astronomical and he developed some very small rodent ulcers, which the vet put down to an allergic reaction to the pollen,  for which he needed steroids. But apart from that he has no issues at all - his fur is amazing and he has no bald patches or any patches at which he gnaws, so I'm taking that as a really positive sign that he's  relaxed and comfortable.

We've also been able to introduce some new food into his diet (as he was getting quite bored of the Farmina) and he now has a combination of the Farmina with his beloved dried chicken bits and some wet food (100% meat variety) which he really enjoys, and having expensive tastes his favorite is the tuna and prawn.

We're in the process of creating an aviary for him to access via a cat flap in a window so he can have some outside time too as he is really keen to get out. Luckily we have what we call the airlock aka the porch to prevent a great escape!

He really has made a wonderful addition to our household :)

We couldn't be happier for you and your family Frankie! 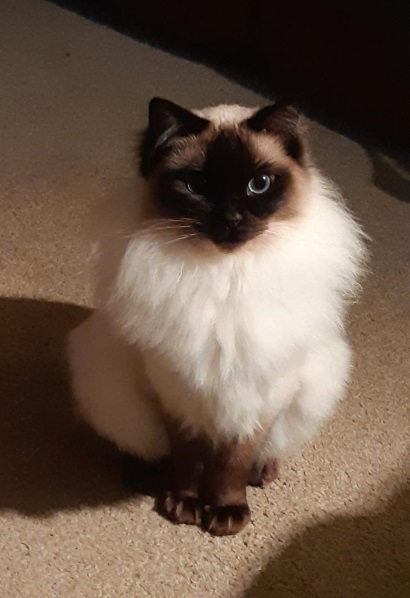