Neutering is a surgical procedure performed under a general anaesthetic. It involves the removal of the uterus and ovaries in female dogs (spaying) and the removal of the testes in male dogs (castration), which prevents unwanted reproduction and any negative health problems associated with it.

Some people prefer not to neuter their dogs because it seems unnatural, but there are many benefits to neutering for you, your dog and the general animal population.

The main benefits to neutering are health-related. Unneutered females are more prone to womb infections and mammary cancer, while males are more susceptible to testicular and prostate cancer, all of which are often fatal. For female dogs, pregnancy and giving birth can be risky in themselves. As the dog gets older, these health risks become greater and the risk of surgical intervention under general anaesthetic also becomes more of a danger.

There’s also a significant amount of unwanted puppies being dumped and abandoned. Many of these dogs come in to the Oak Tree Animal's Charity and other shelters, and while it’s true that puppies are a little easier to rehome than adult dogs, there can be up to ten dogs in a litter. That’s a lot of animals to rehome. And frequently, having been abandoned, these puppies come into shelters across the country in abysmal conditions, requiring a lot of veterinary care before they’re able to be adopted. There’s then no guarantee that once the novelty wears off or the puppy grows bigger, that it won’t then be brought back as the owners no longer want it.

Bearing in mind that dogs can have up to ten puppies in one litter, and that a female can immediately get pregnant again when she comes back into heat – which is every six months – we see an epidemic number of homeless puppies who have been sold quickly for profit; being born into bad conditions and handed over to owners who are frequently misinformed by the breeder about their care needs.

For other owners, accidental pregnancies can be extraordinarily expensive. The health costs of the mother are expensive enough, and can often involve complications, while the litter then add further expense and take a considerable amount of looking after. It’s important to remember that dogs do not differentiate between family members and will mate with immediate relatives, which can involve even further health problems.

Neutering is also known to improve temperament and some behavioural issues like roaming, mounting humans and other dogs, and subdue some forms of aggression. Males can smell a female dog in heat from nearly a mile away and they will roam to find her. Even if your dog is normally well behaved, if he’s not neutered, roaming can still occur and wandering dogs have been the cause of many road traffic accidents. If you do decide not to neuter your male dog, it’s still a good idea to get him microchipped just in case roaming does occur.

There are many misconceptions related to neutering, though. Firstly, the age at which a dog should be neutered varies between breeds and generally a male would be neutered at six months, while a female should be spayed after her first season. There is also no evidence that letting a dog experience motherhood before neutering her is in any way beneficial. In fact, a dog’s first litter is usually the riskiest and poses a higher chance of complications. 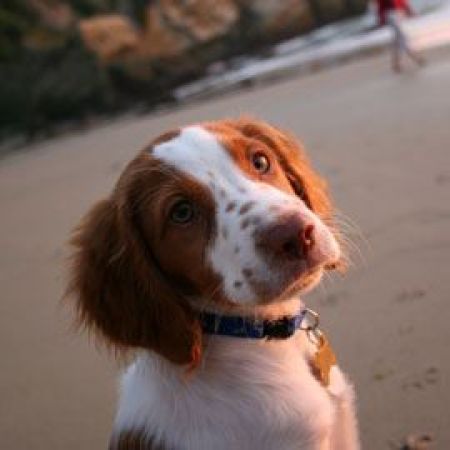