We believe neutering your cat is a fundamental part of responsible cat ownership, and one of the most effective ways of protecting your pet from harm and saving you money too.

You can also play a small part in helping more cats than just your own - there are thousands of unwanted cats in the UK, and neutering is the only effective and humane way to reduce this number and prevent more from being born.

It is recommended that cats are neutered by 4 months of age, as females can become pregnant as early as this. However, your vet will specify when they are prepared to carry out the neutering operation. Neutering (“snipping”) male cats and spaying females is a routine operation, costing between £40 and £70, but there are schemes available to help manage the cost if you are a pensioner or receiving benefits.

Many owners don’t know which roaming ‘stranger’ cats their unneutered pet may have mated with, so are unaware of the potentially fatal infectious diseases that the cat may have been infected with.   Also the temperament of the tom can affect the behaviour of any offspring which are born. Risking mating with an unknown ‘stranger’ can lead to the birth of kittens that are unsuitable as family pets.

Neutering is best carried out whilst your cat is still a kitten, as they have much smaller organs and blood vessels than older cats so there is far less risk of bleeding, making it an incredibly safe surgery. Kittens also resume their normal activities and routines after surgery much more quickly than adult cats.

The vet will often advise that you keep your cat indoors for a few days following surgery to limit activity. They may also give your cat a collar to avoid them licking their surgery wound. If your female cat received nylon stitches, these will need to be removed 7-10 days after surgery by a vet. In the long term, you will need to reduce their daily food intake, but this shouldn’t be done until a couple of weeks after the surgery and should be done gradually.

The issue of pet overpopulation is partly due to misconceptions about neutering that make owners apprehensive about having the procedure done. Below we've provided some information to dispel the most common myths associated with neutering.

'Pets will become fat once they have been neutered' - over-feeding and lack of exercise is often the cause of pet weight gain, not neutering. If your cat does begin to gain weight as they mature and adopt a more sedentary lifestyle, try encouraging them to engage in active playtime more often, and avoid giving them too many treats.

'Female should experience motherhood first' - there is no scientific evidence to support this theory. In fact, spaying cats before their first heat eliminates the possibility of developing potentially fatal illnesses such as ovarian and uterine cancer, and lowers of the chances of developing mammary (breast) tumours.

'Neutered pets will mourn the loss of their reproductive capabilities' - your pet does not hold the same emotional views towards parenthood, gender roles, sexuality or reproduction as humans do. Their instinct to reproduce is purely to protect the survival of their species

'My pet's behaviour/personality will change' - the only behaviour changes that occur are positive; male cats will be less inclined to roam looking for a mate, less likely to mark their territory with urine, and will experience a decrease in aggression. Female cats won't experience going into heat, so they will be less likely to roam, and won't present hormone driven behaviours such as persistent yowling and nervous pacing.

With thanks to Cats Protection for use of some of the content. 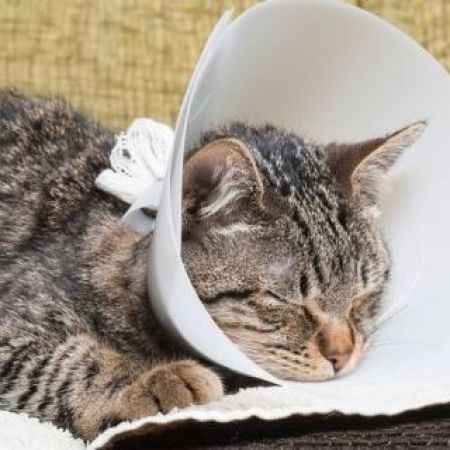